The 21st marked my second anniversary with Lord Covington. It also marked one year since the last time I saw my paternal grandmother alive. She passed a year ago on Halloween.

My father's mother, Billie Jean, was always one of my favorite people. Her oldest grandchild pronounced her name Bibi, and she was Bibi for the rest of us forever. She was always generous, loving, and kind to all of us children. When I got older I realized how much spark she had, how full of life she was.
At the time of her death, she had 10 grandchildren, 26 great-grandchildren, and 1 great-great-grandchild. Each one of us got a Christmas card and a Birthday card with a bit of money in it every year. She crocheted each new baby a blanket, and also bought each new baby born into the family a silver cup engraved with their name. In fact, a few days after Toddlesworth was born, she called me to get the spelling for his cup. It wasn't until she called for the spelling of Toddlesworth's name for his cup that she realized I'd named him after her. "His middle name is J-E-A-N" "Oh! Did you name him after me!?" "Yes, I did!"

I love my maternal grandmother, but I've always known that I am not her favorite grandchild, she is very vocal about which one is. Bibi always told me I was her special girl; I always felt like her favorite grandchild. She may have said the same thing to all of her grandchildren, but she made it believable.  I remember spending time with her has a child, sitting at her coffee table eating salted apple slices, watching Mr. Rogers Neighborhood. William ate his snacks at the same coffee table on our trip to Midland. 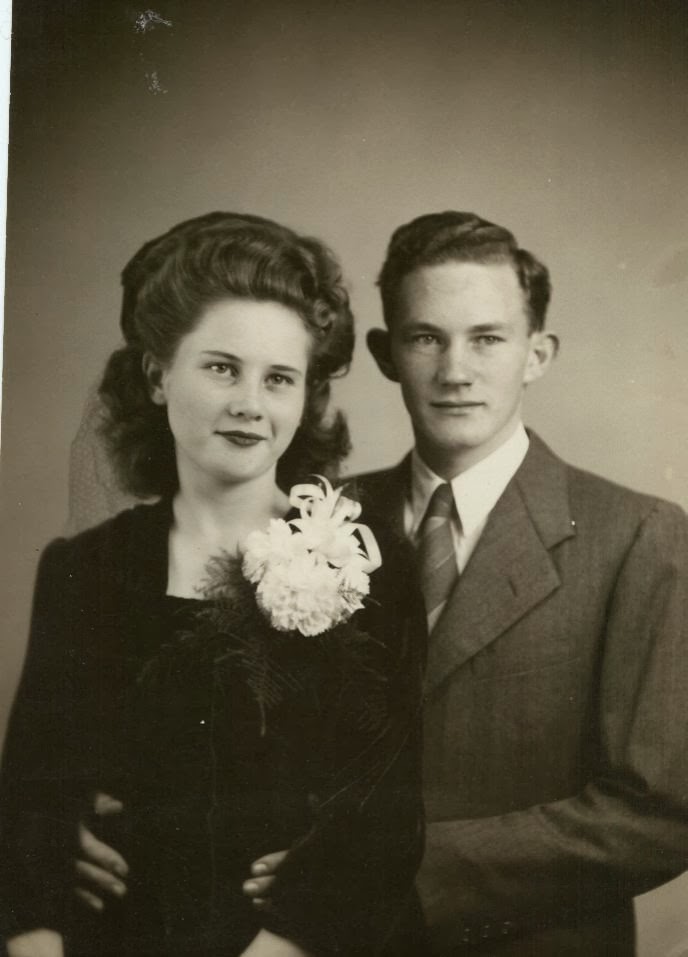 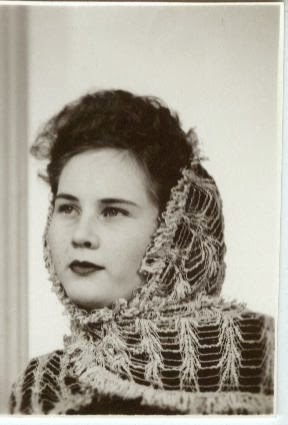 She was always a very lovely, put together woman, with regular hair and nail care appointments. She paid for my first hair dying/perming experiment appointment, arranged my first attempt at wearing makeup, and bought me jewelry. She never seemed disappointed when I chose to dye my hair crazy rainbow colors, never wear makeup, and make piercings the majority of the jewelry I wore. She would never judge us grandchildren  by our outward appearance. These days I don't get to dye my hair rainbow colors any more, and I still don't wear much jewelry. I will wear one necklace until it breaks and I lose it, then I will wear another. My current necklace is one she bought for me, a mother and child charm I have worn for the past two years. When we have another child I plan to replace this necklace with one signifying multiple children, and retire this one so I can keep it forever instead of inevitably losing it at some point. 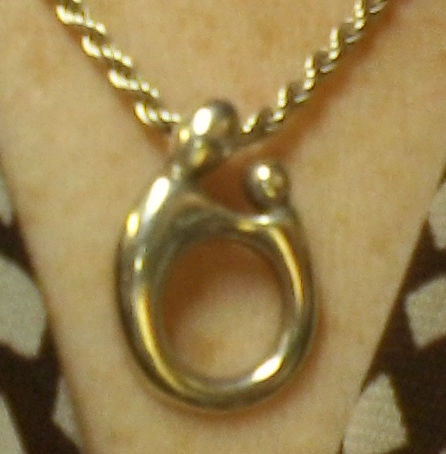 She taught me how to cook: "Real chefs don't measure!" and had some special deserts she would make for every holiday, including my favorite, no-bake chocolate oatmeal drop cookies. When I expressed discouragement because I wasn't very good at cooking, she shared with me the story of the first meal she cooked for my grandfather. She had built herself up to be a great cook, but she didn't have much actual experience. One day she says she told him about the great meal she was going to prepare for him, something like steak, biscuits, and gravy. She burnt the biscuits badly, and was so embarrassed that she would have to admit she wasn't that good a cook that instead of just throwing the biscuits away, she *buried them in the backyard.* This is my favorite story of hers, and I sometimes tell people this story to illustrate the particular brand of insanity that runs in our family. The day before the funeral I baked a batch of burned biscuits and placed a couple on top of her casket to be buried with her. When I was in middle school my younger brother and I would visit with Bibi every day after school. (She lived right next to our house in a 'mother in law' house for many years). Bibi had a habit of falling asleep on the couch with her eyes open. If she didn't answer when I knocked, I would be afraid to go in, fearing she was dead. I dreaded the thought of losing my Bibi since I was a pre-teen. I feel very lucky that she was there to meet Lord Covington, get to know and love him and be present at our wedding. She was there to meet her namesake, little Toddlesworth, and see him walking. She congratulated me on one year of marriage and talked to me about family planning.
During our last conversation, she talked to me about babies, and how she had asked her father if she was a mistake or if she was planned. She was born something like 14 years after her youngest older brother. She said he answered "Does anyone plan?" She said "Yes dad, I did!"  He told her she was a surprise, but not a mistake. She talked to me about how she had planned to move to Coleman with her husband. They bought a beautiful house and had prepared to move, but he died five days after he retired. She told me "Sometimes life doesn't work out the way we expect."

In Midland, her room has been turned into a playroom, but there is a border around the top of the rooms filled with pictures of her and her family members, with statues and decorative teddy bears. Even though the noise of many great-grandchildren did begin to take their toll on her in her later years, I think she would like that her room is now a place for them to play. I like that it is still somewhat like a shrine to her and her life.  I also found out that her dog, initially given to one of her daughters, now had a home with my eldest sister. I wish I could take Sassy in myself, but I know she might not be safe with my two much larger dogs.

Before she passed, I wanted to make sure that I asked her all the questions I had always wanted to know, and more. I wanted to keep as much of her as possible in my memory. I had hoped to get her on video answering them and telling stories. I found a list of questions and added some of my own. When I didn't have time to ask them on my visit in June, I asked my mother to ask them on my behalf. I wish I had made the time to ask her. The questions never got asked. After her death I did learn a few things about her I didn't know previously. I didn't know she worked as a florist when she was younger. I didn't know her favorite flowers were yellow roses. I knew she had lost a child, but I thought it was a SIDS type death at a few weeks old, I didn't know he was seven months old. I always wanted to know how he died but didn't want to bring it up. Since my joining the ranks of motherhood was so recent, I didn't previously feel that I could possibly comprehend the loss of a child. My mother told me that he died of spinal meningitis.

Even though I can be very outspoken, my normal mode is more reserved and shy. I know my Bibi knew I love her, but I wish I had asked her the questions I had wanted to instead of worrying about offending her. I wish I could have expressed my sympathy to Bibi for her loss of her baby, even though it happened before my father was even born.  I wish I had told her just how important she was to me. How much I admired her learning a new business at almost 60, I wish I had told her thank you for teaching me how to cook, tell her thank you being so kind and forgiving when I wasn't as appreciative of her gifts as I could have been. I will not say I 'loved' my Bibi, because I realized after her death that the person may be gone, but the love for them isn't. So I love her, and will love her forever, and I will be sure to share my memories of her with the child that shares her middle name, and I will be sure to tell him he was very special to her, as I promised her I would.


I will always regret that I didn't make time to ask her the questions I came up with, so I'm going to include them here, in hopes that it will inspire someone else to ask these or similar questions of someone they love before it is too late.
Posted by Lady Covington at 8:04 PM