It is becoming the usual to do Toddlesworth Tuesday posts on Wednesday. This is not how I'd like it, and for the last three weeks it has been a product of Toddlesworth himself. It is easiest to type when he is asleep and sometimes that is far later than we would like it. We are trying to create more structure in his, and all of our lives effective immediately.
I am so thankful for the nights where he goes to bed easily (he even asked to be put to bed before nine one night this week-what did we do right on that day?!), but some nights he just isn't having it. He will say he is sleepy and ask to be put in bed and be cuddled, then proceed to toss and turn and slap us in the eyes and cry for an hour before he actually goes to sleep.
The first step in that direction is nixing the bottles. As I have mentioned before, he has been pretty much exclusively co-sleeping with us for a while now, and he has recently been sick. He has always had an upswing in bottle drinking when he gets sick, but this one stuck around longer than usual. Until a couple days ago he was still waking up and asking for a bottle several times a night, and might go through two whole bottles in the night. For the last 48 hours or so we have cut out bottles cold turkey. He has one bottle with a sippy cup type nipple, and several sippy cups. I expected a meltdown type reaction, but he has been only slightly disgruntled about it. When he wakes up and asks for a bottle, I'll give him some variety of sippy cup. He will do mental gymnastics trying to figure out how to get it in his mouth without spilling it on his eyes and ends up drinking far less than he had been recently.

I did end up breaking the crib down as I had mentioned I might be doing. This has given us  a little bit more space and made the bookshelf/toy shelf more accessible to Toddles. We kept the mattress shoved behind the changing table as shown, to be used if needed.
We have had very cold weather recently, but this has not slowed Toddlesworth's desire for walks.  We will stick him in a jacket and off he will go. When it gets too cold for him he will shiver very dramatically and ask to be carried back.

We even went on a late night excursion to the state park. Lord Covington shined his phone flash light around and Toddlesworth tried to slyly sneak into puddles. 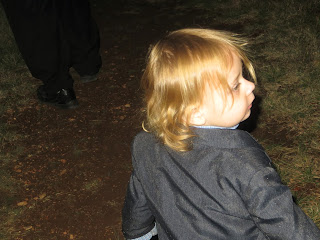 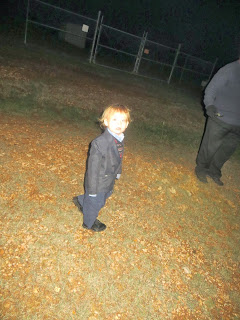 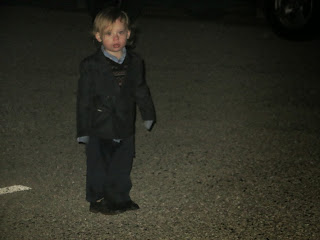 We spent a chunk of today prepping for Thanksgiving, but Toddles wanted to go on a quick exploratory walk after his nap. 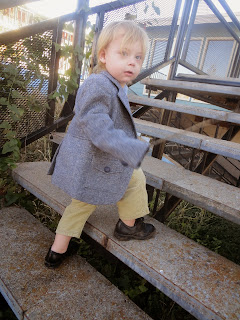 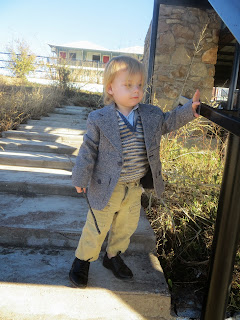 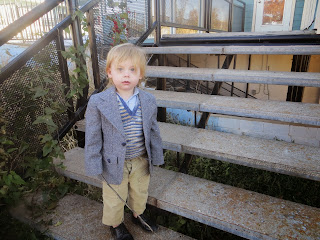 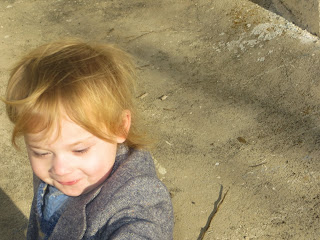 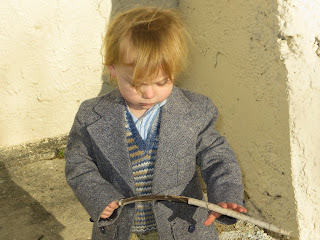 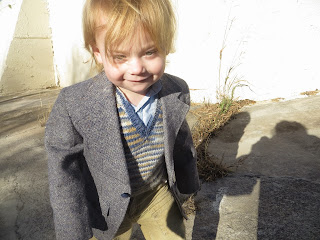 Here are some bonus pictures of the furry family members enjoying the family walk. Morpheus will endanger all of our lives for his ball, but a stick will do in a pinch. 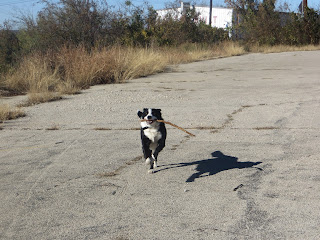 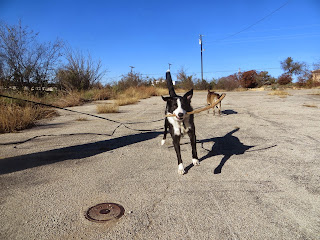 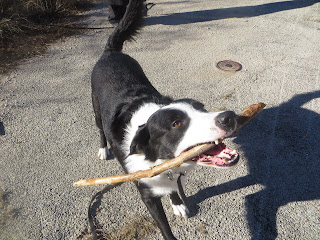 That is this week in Toddlesville.   As a quick aside, some of my artwork was featured in a blog:  http://totusmelswunderkammer.blogspot.com/2013/11/octopus.html
It is pretty exciting for me, since I don't know the blogger; it is the first time a stranger has found my work likable. : )

Posted by Lady Covington at 3:34 PM