By Lord Covington, [additions by Lady Covington as so]

It may have all started with the stairs in the lobby.  Yes, our Toddlesworth has been as many places as his legs could toddle to, even before he could technically toddle.  He climbed said stairs before he could walk.  He followed it up with many a stair afterwards on the outside of the hotel, much to our initial terror.  These days, one of his most favorite phrases is "a walkin'?" .  Once we have begun to walk he will usually say " Wun?" before taking off, as if to demonstrate how one runs.

One day we decided to take him to the state park.  It was really all down, or maybe up, hill from there.  It was just before dark in the spring.  I wasn't sure how he'd react when he got the  more steep trails that are basically stone stairs cut into a hill side.  His reaction was- "go! go ! go!"   He proceeded out ahead of us and immediately trod down to the dusk into the forest. Again, I found myself playing catch up with a one and a half year old.  His interest was in 360 marvelous degrees around him: sticks, rocks, bugs; EVERYTHING was a wonder to behold.  Incidentally, we soon discovered that the State Park was one place he could roam about and we didn't have to tell him not to touch everything, for the most part.  I have since come to the conclusion that this is something babies probably need.

As much as he would run wild at the park, Toddlesworth loved the lake itself just as much.  As of this writing, he still cannot swim alone, but that has not once stopped him from doing what one might call a dive.  If we are at the park, he is moving inevitably towards the lake at the center.  He will stand in the water or on the shore, or in the wake of a boat engine if we'd let him get away with it!  the fact the waves of water would drag him into an enormous  lake without our vigilance doesn't bother him in the least.  He's basically fearless in the wild.

[While I agree that he is *basically* fearless, running around in the wild has helped him find the limitations he does have, and reinforced that we will be there to help him surmount them. After he stumbles over a rock or on a step that is too steep, he will reach up and ask for a hand. After he has reached his limit of walking, he will turn to us with a pleading "hol'you?"  "Yes, I will hold you." and we will do the rest of the trail with him on our shoulders or in a baby backpack. (In  fact, when he was smaller and not as good at walking, he would bring us this baby-carrying hiking backpack that was as tall as he was and ask us for a walk.)

Since I worry constantly about him getting too much screen time, (I always envisioned being the crunchy no-tv type mom) I think it is fantastic that he will actively seek out active outside time, and we will continue to do our best to encourage it!] 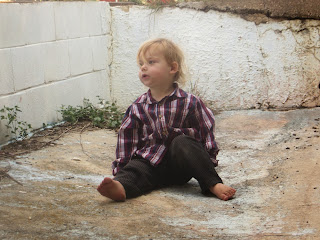 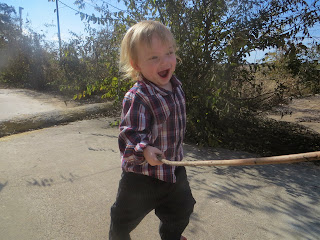 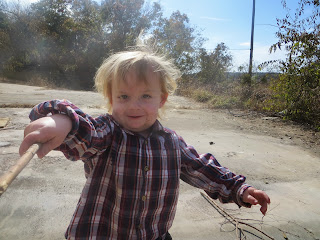 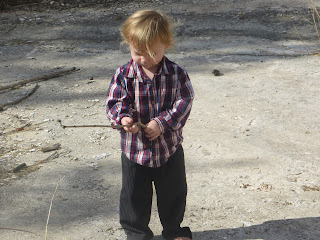 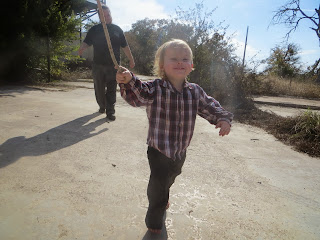 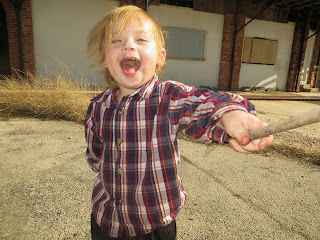 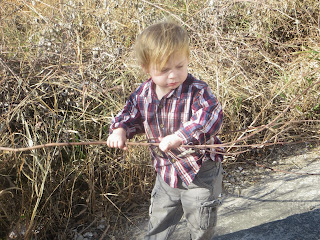 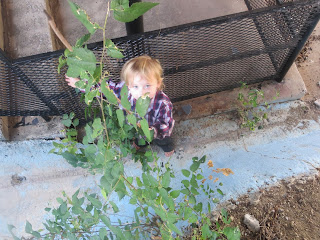 Posted by Lord Covington at 8:26 AM