I had planned to do this post for Thanksgiving, but between  Thanksgiving and Toddleworths' birthday party, my camera was stolen. It was crushing to me not only because I'm a generally overly trusting individual, but because I had not downloaded any pictures I had taken in October and November, including some Thanksgiving pictures, but more importantly some cute pictures of Toddles.
In any case, I gave the universe the finger by spending a bunch of 'fun money' and buying an even better camera. Some pictures below are the Thanksgiving pictures we had on various phones, and some are Christmas with my new camera. 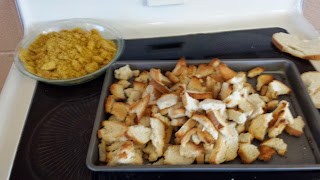 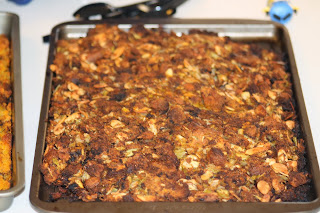 Here is our stuffing, bread piles ready for toasting and the finished product. In times past we have gone so far as to make bread from scratch that we immediately process into stuffing.  Eventually, Lord Covington decided he would rather have cornbread stuffing. Since I don't like cornbread stuffing, it works out fine that we make two versions and his cornbread stuffing is gluten free. We haven't used a recipe in years, but the ingredients usually involve tons of mushroom, veggie broth, celery, onions (omitted from his), and sometimes extras are thrown in like almonds.  This year, I was lazy and used store bought bread. 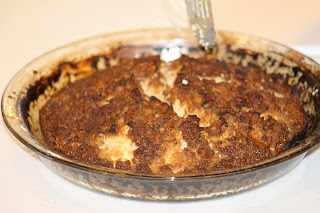 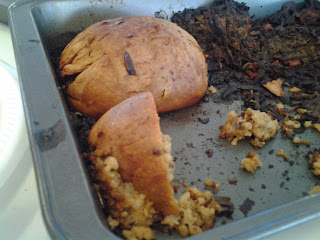 In years past, our favored way to make a Tofurkey was also from scratch. Some years, we would buy the fancy prepackaged ones. This year, our Tofurkeys had to be a little different. For Thanksgiving, we had a frozen brand name Tofurkey (bottom) but we also had to make a Gluten-Free version. Or favored recipe through the years had a main ingredient of vital wheat gluten. Thanksgiving was our first attempt at making a gluten free 'bird' and it was terrible.   For Christmas, we skipped the store bought one and made the 'tofurkey' on top. It was very much not like our usual lovely creation, but at least it was not a gelatinous blob as Thanksgiving's tofurkey was. It was more like a tofu pie.  We will work on the texture and taste of this in coming years, I'm sure it could be helped greatly just by adding poultry seasoning, which I forgot to purchase. 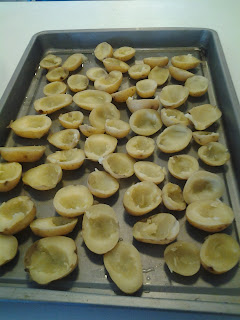 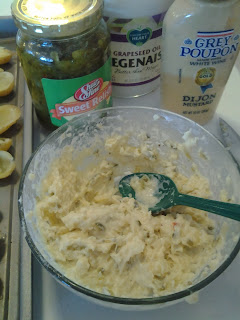 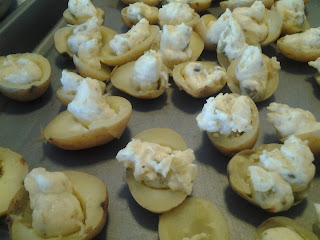 Potatoes, of course, are a must have for any holiday meal. We first found the above creation at a pot luck in Corpus Christi. It is small gold potatoes cooked and hollowed out, and then filled to resemble and taste remarkably like devilled eggs. Deviled eggs were always a favorite of mine growing up, so I am thrilled to make these occasionally. However, they are fairly time consuming to make and should probably be left for family gatherings where presentation matters. Therefore, for Christmas, we made this: 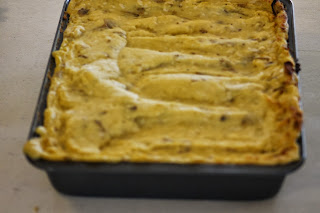 It is a mashed potato casserole that I stumbled across after Thanksgiving. It has a package of Daiya Cheese and half a container of sour cream mixed in, as well as a bit of Earth Balance margarine, garlic, salt, and pepper. It was supposed to be garnished with more cheese and some baco's but I managed to make it even lazier. 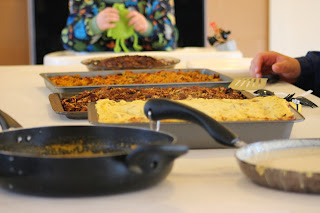 Here is the spread of savories laid out for Christmas.
﻿
And now we can move on to the best part, the sweets! 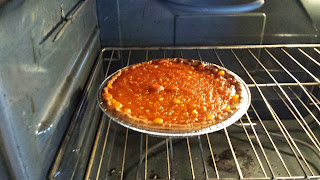 Pumpkin Pie. Here it is baking in the oven for Thanksgiving. This used to be one of my favorite desserts, but now it is my holiday nemesis. If I make it creamy enough, it is gloopy and will never get firm. If I omit some of the creamer to let it be more firm, it is too spicy. : / Since I only make about one a year, I don't get a ton of practice at this thing. Perhaps next year I will *cough* follow a recipe and make something excellent. 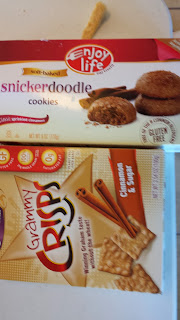 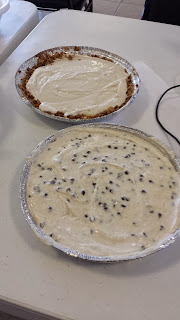 I made pies for Thanksgiving. So many pies. In addition to the pumpkin pie, I made four cheesecakes, two ice-box that weren't gluten free, and two baked ones that were, one made with the closest thing to vegan gluten free graham cracker crust, and one with gluten free chocolate sandwich cookies for the crust, and mini chocolate chips baked in. The latter became a brownie-like thing, overdone but delicious. I also made a gluten free apple pie at the last minute. Because I'm insane and somehow decided five pies weren't enough.
As a side note here, the ice-box pies are probably closest to what most people think about when they think about vegan cheesecake. When we first went vegan and tried to look up how to make a cheesecake, all I could find were recipes that called for blending up tofu and adding chocolate to mask the tofu flavor. I did not want chocolate cheesecake, and couldn't understand why there weren't and recipes out there using Tofutti 'better than cream cheese' as a base, since it was a wonderful cream cheese alternative. We threw out the recipes we had found, and instead used Lord Covington's Grandmother's recipe. 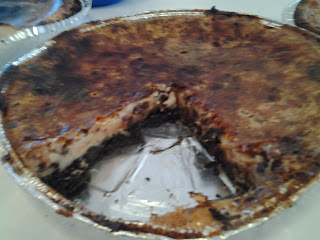 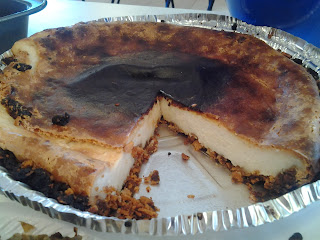 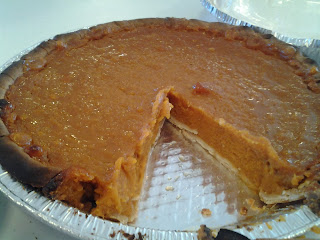 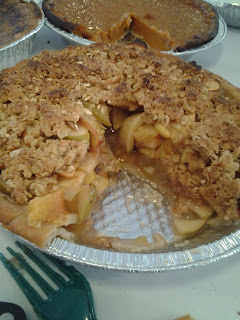 In years past I have cared more about the appearance of my cheesecakes, doing the extra step to cover the top with sour cream, but it doesn't affect the taste and I don't care too much if they look a bit burned on top. 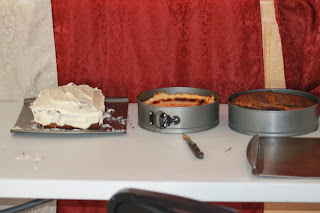 Here is the spread of sweets laid out for Christmas. 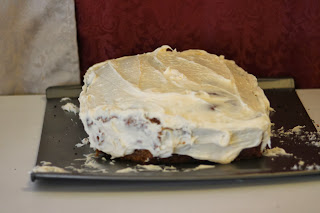 Pumpkin bread. Toddlesworth may or may not have sampled that corner on the left. 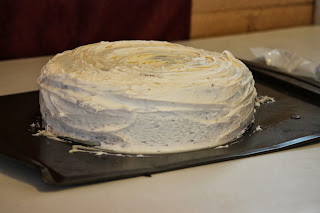 This is a fantastically marbled chocolate caramel cake. I should probably have taken a picture of the inside. But I didn't, so there. In years past, we have made most of our cakes and icings from scratch. This year it was all store bought mixes. *shrug* 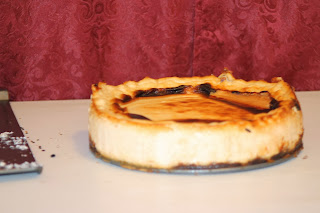 Here is the star of the show. I decided I wanted to put all that cheesecake energy into one big springform pan new York style cheesecake. 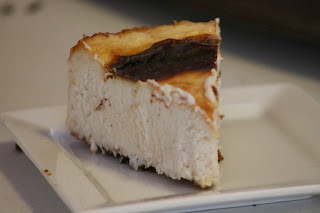 Here are the results in all of their gloriousness.
This cheesecake was five packages of cream cheese, half a container of sour cream, 3 cups of sugar, a splash of creamer, about two tablespoons of vanilla and a dash of salt. Mix all things thoroughly, bake at 500 degrees for 10 minutes and then lower oven temp to 200, continue baking for 1.5 hours.