What I've Been Up To: Nursery projects: Mobile!

Whelp, it's my due date, and as expected baby Wiggles is a no-show.  I have said somewhat jokingly that he won't be here 'til April, but that might very well be the case.

For now I'll show off another craft I did for the 'nursery,' a stuffed felt mobile: 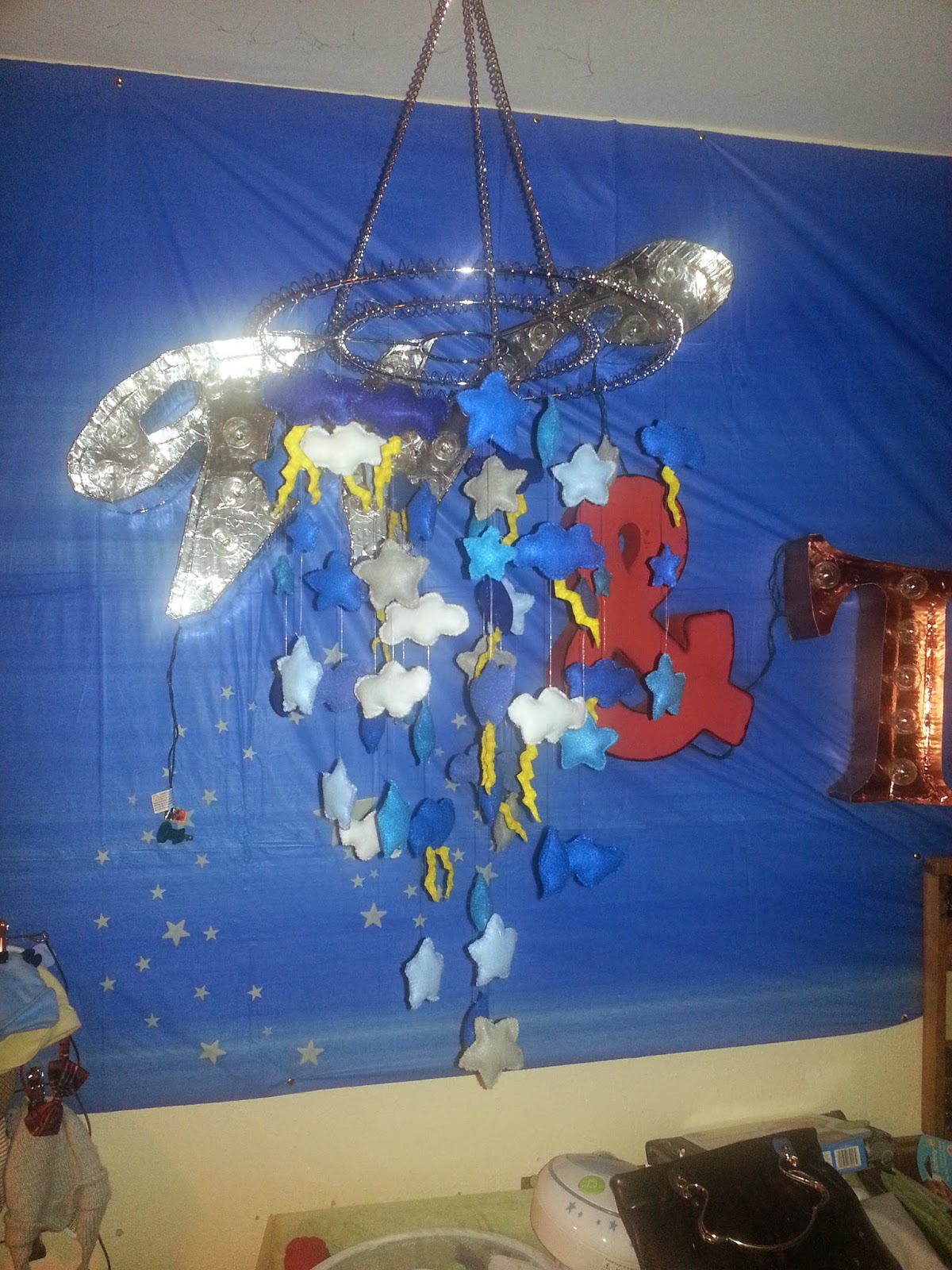 The wall is far too busy with the mobile right in front of the marquee letters, but that's the only place for it for now. That can change as soon as we have more living space.

I started by making shapes-rockets, planets, clouds, and stars in various colors of (29 cent) felt and stuffing them with pillow stuffing before I had a real plan.

At a bridal expo, a fellow vendor had this for one of her decorations: 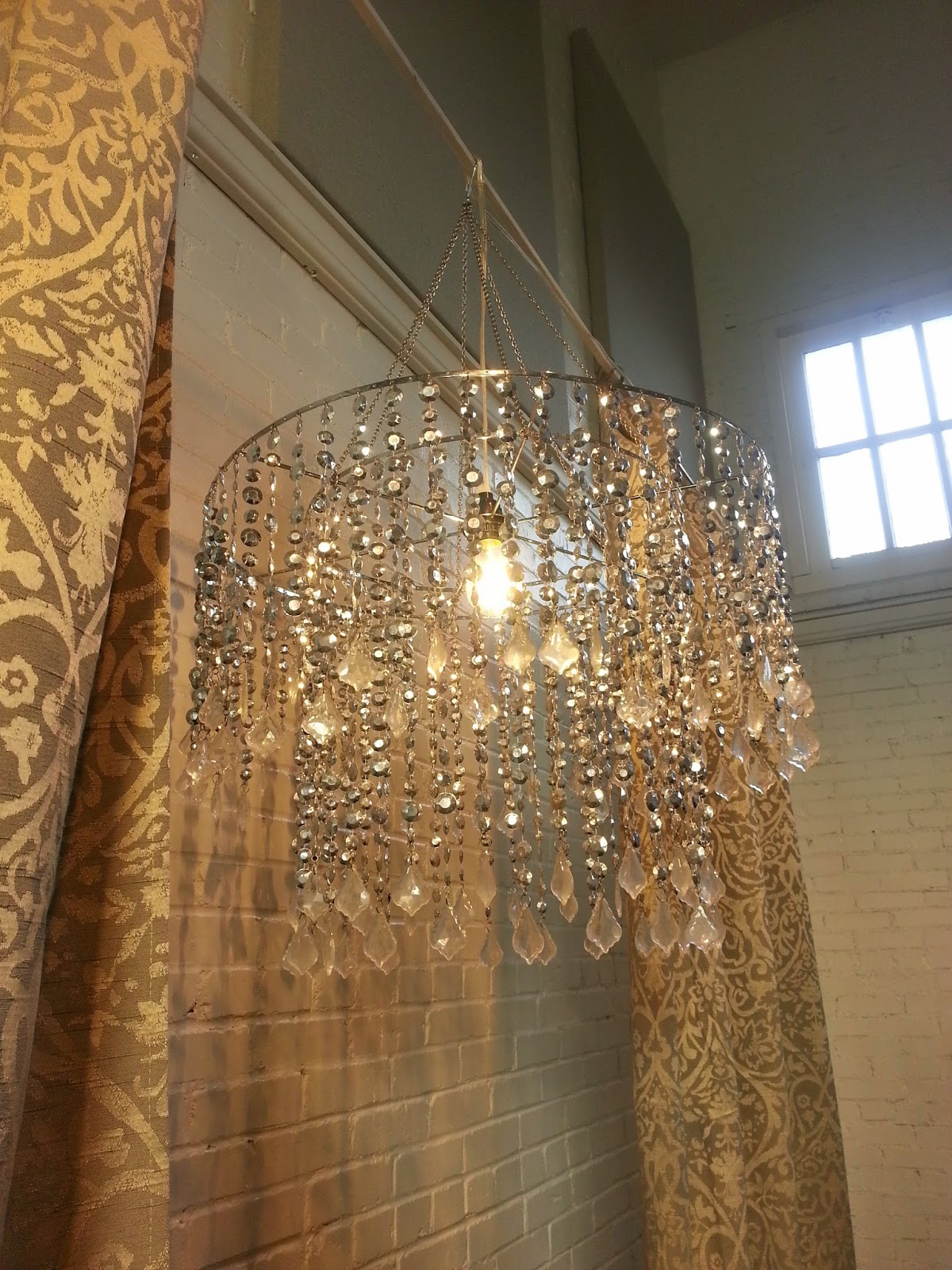 I realized the base/frame would be a great mobile frame! 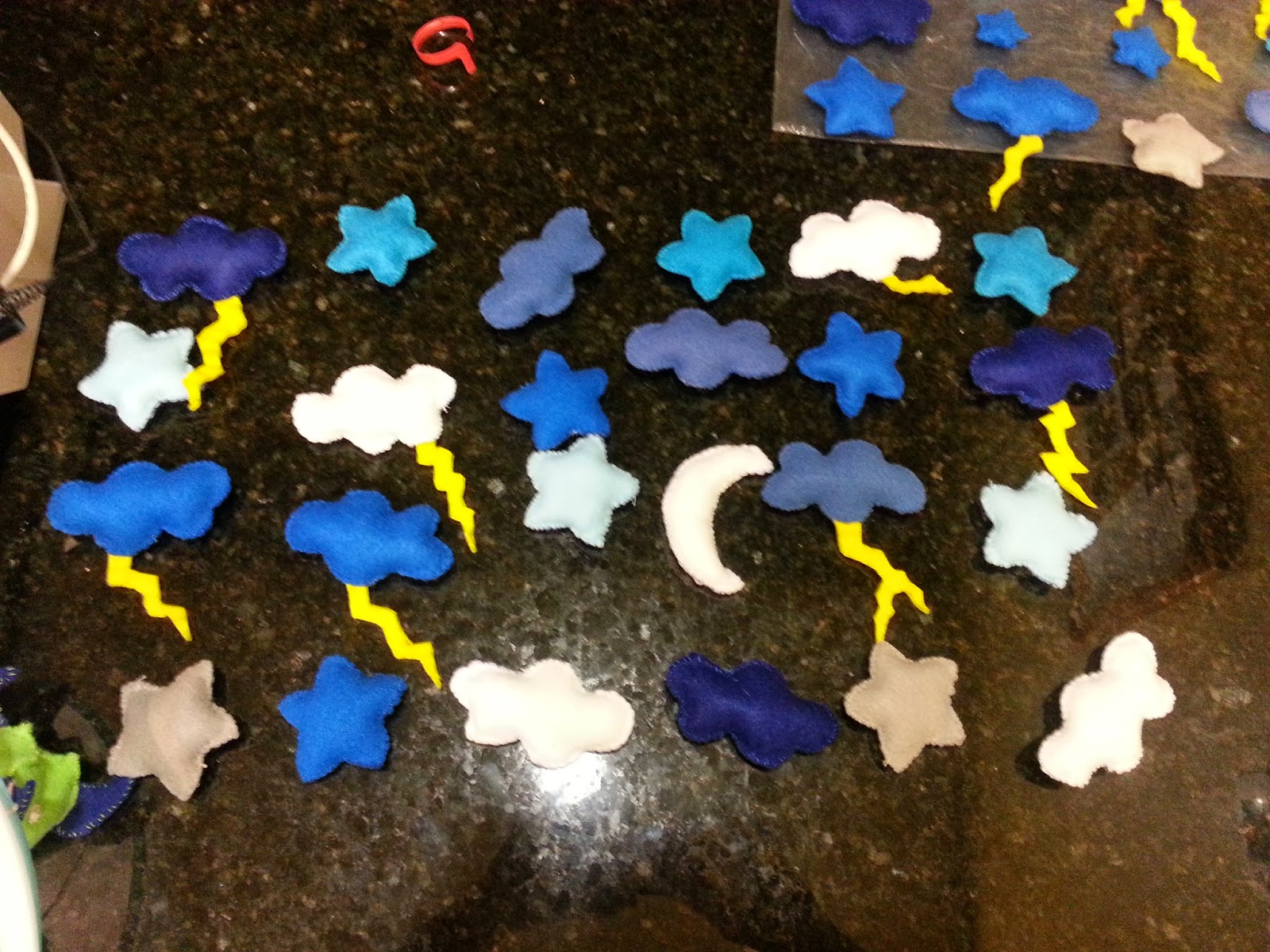 I spent far too long laying various shapes out, trying to envision it hanging up, and stressing over not having too many of the same color on the same row vertically or horizontally. 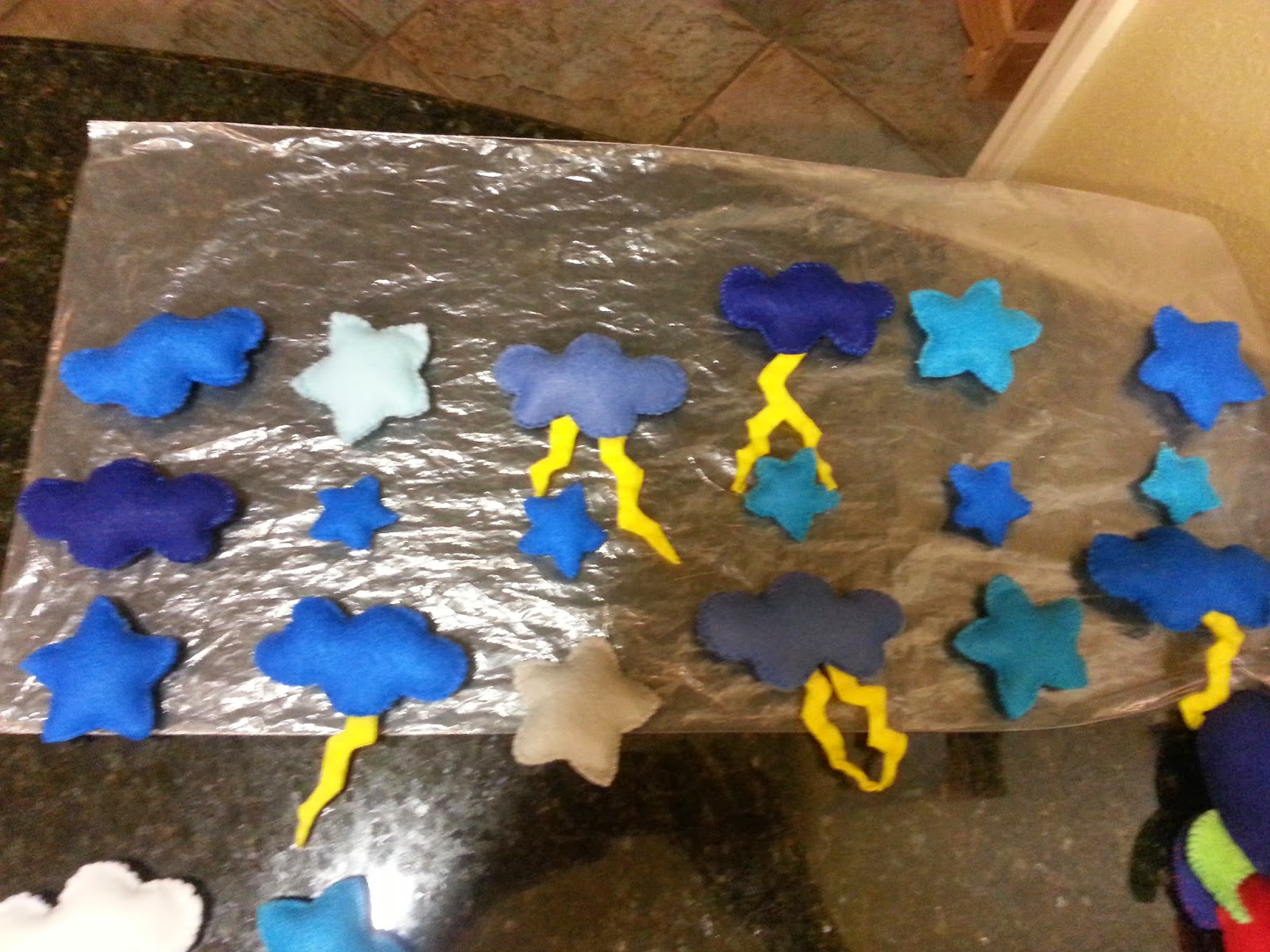 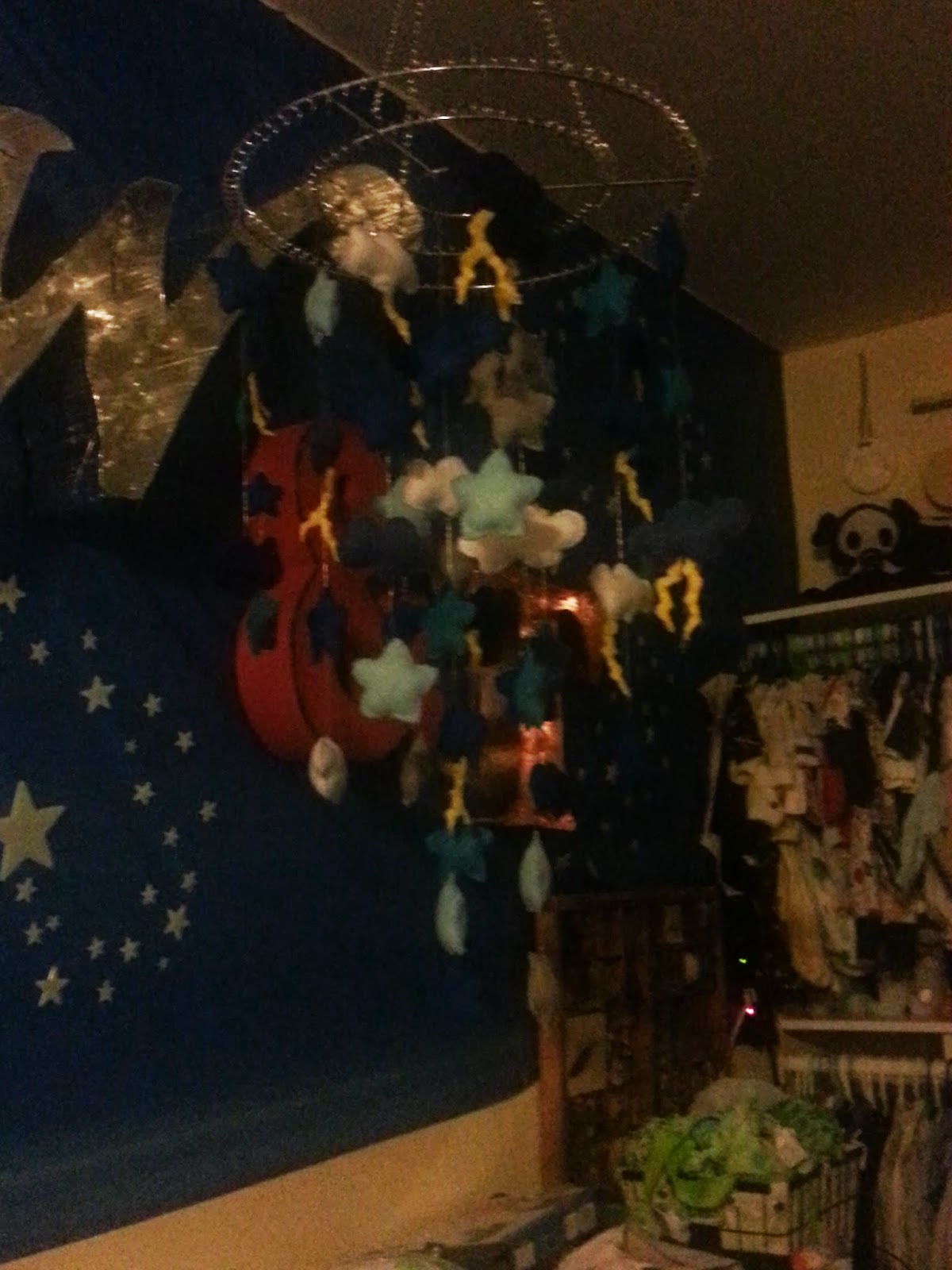 I threaded the shapes with mono-filament, and this is the final result. 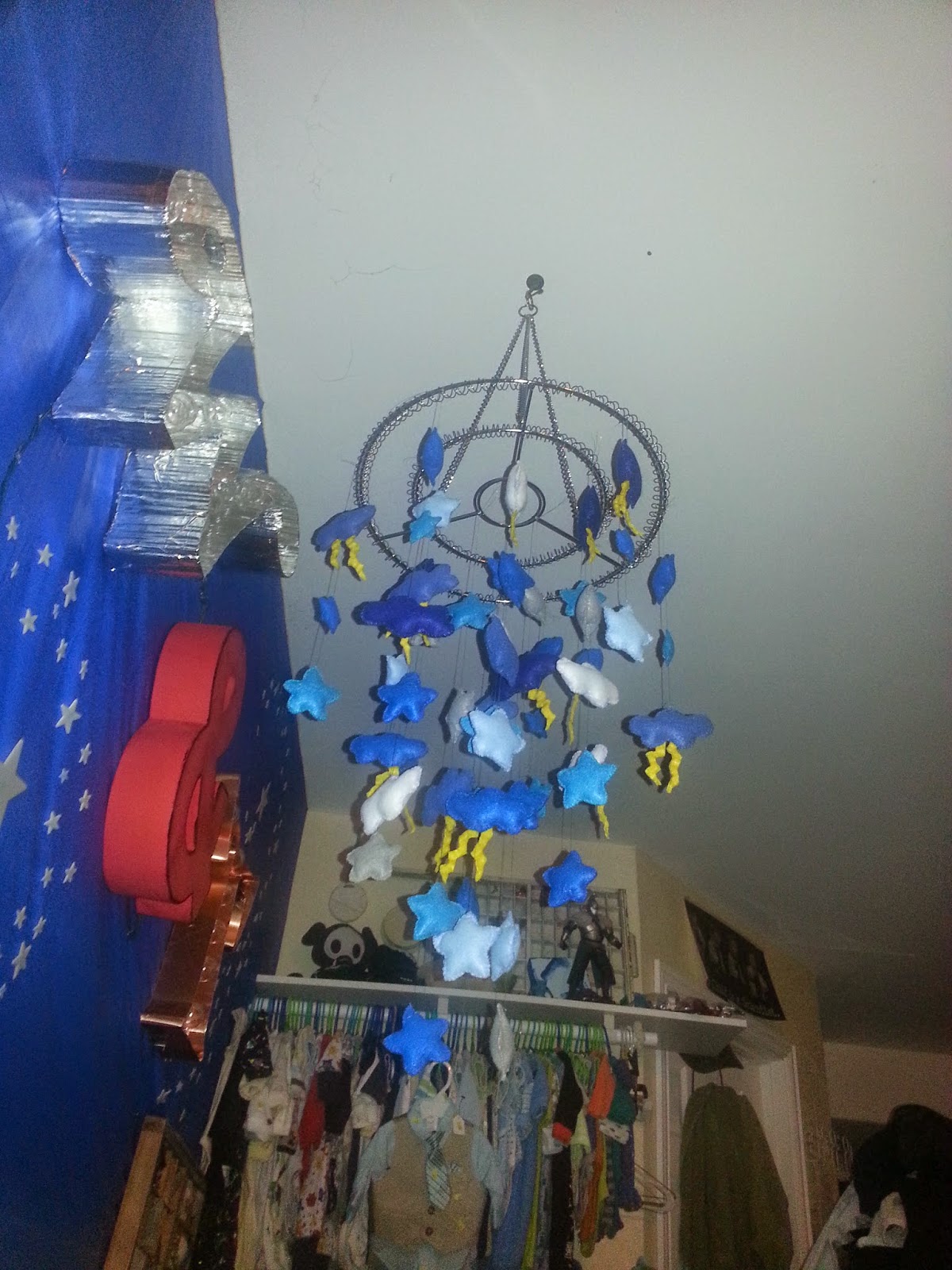 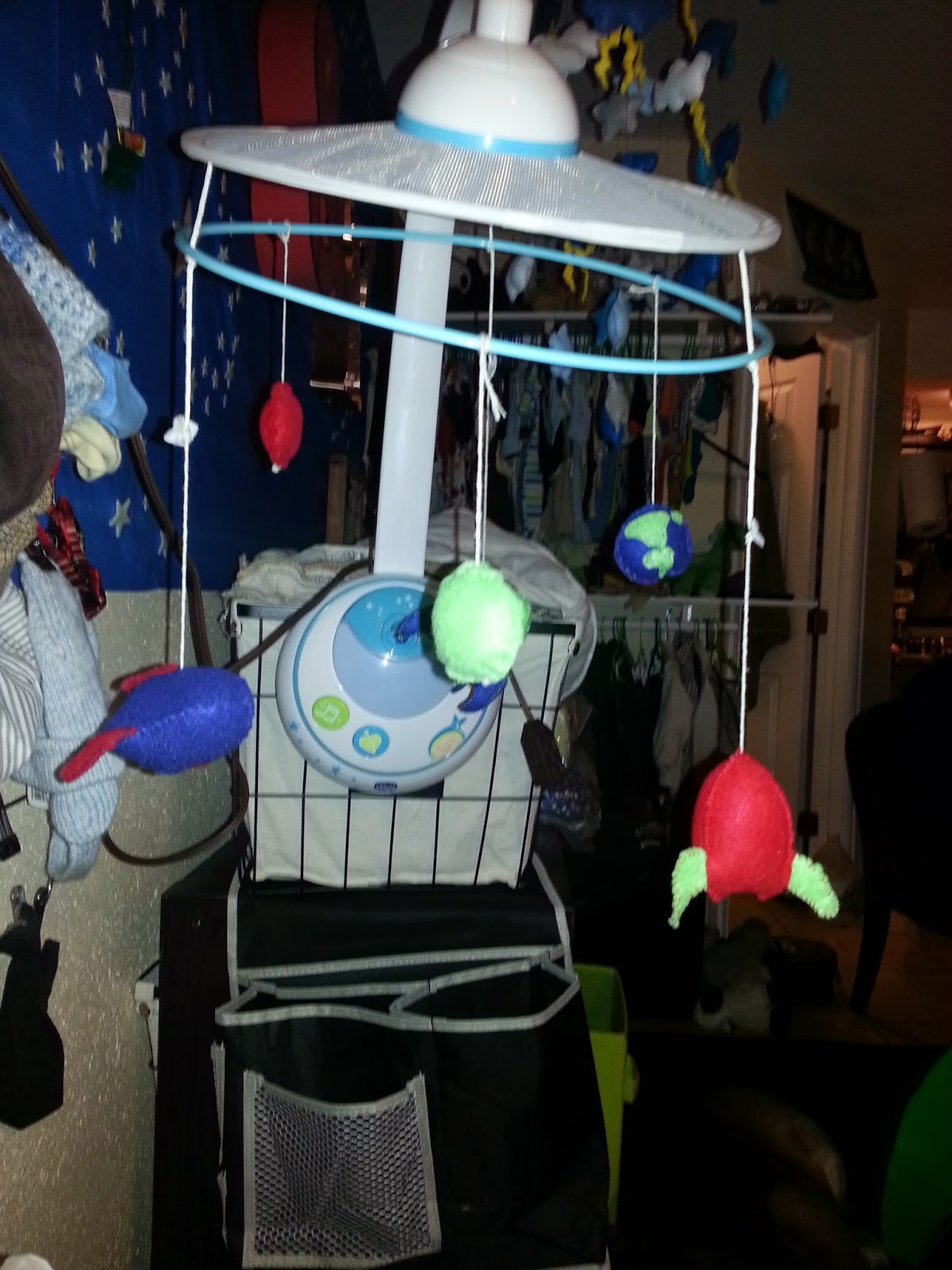 The planets and rockets I added to the other moving/musical mobile I purchased. 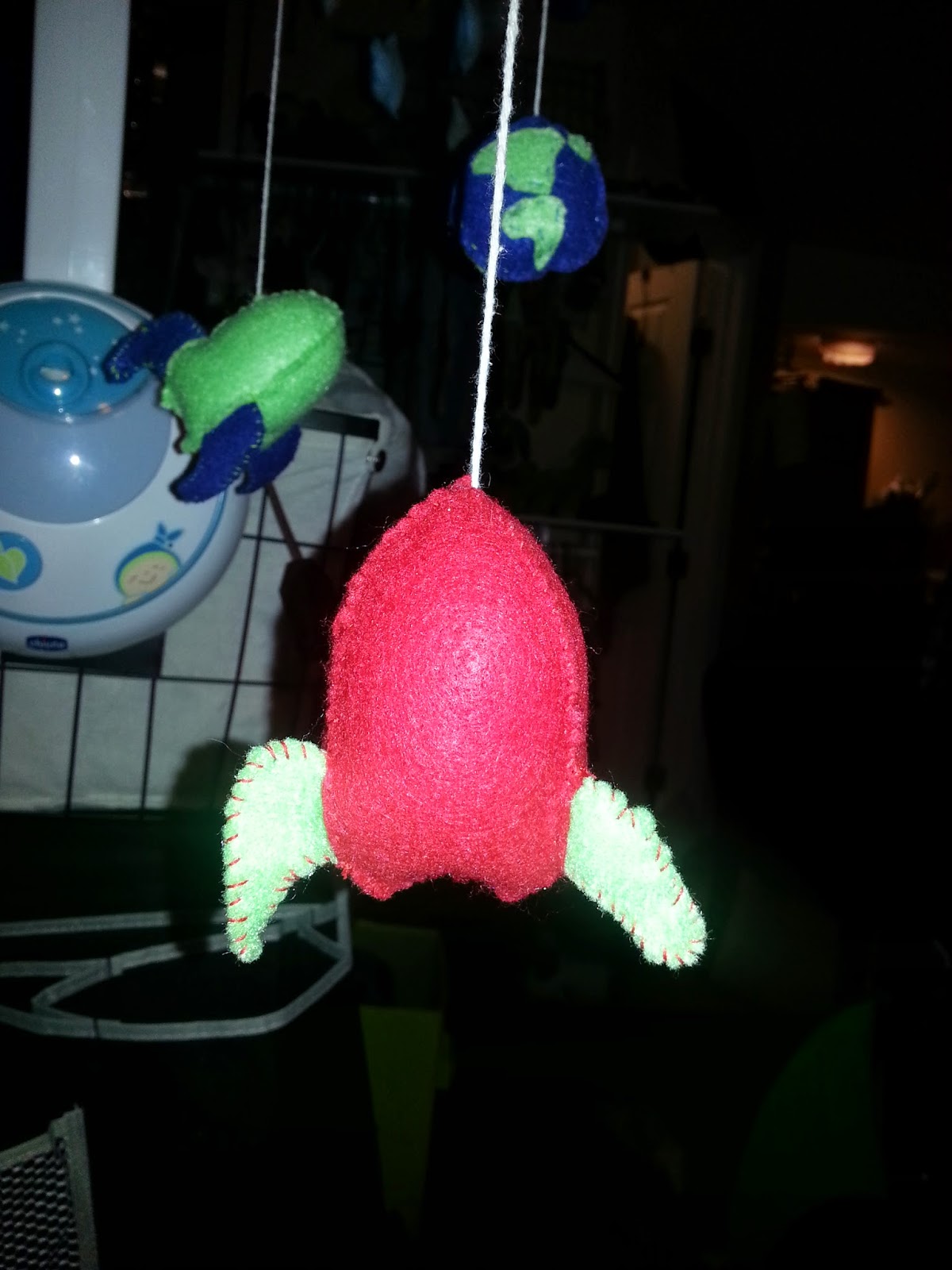 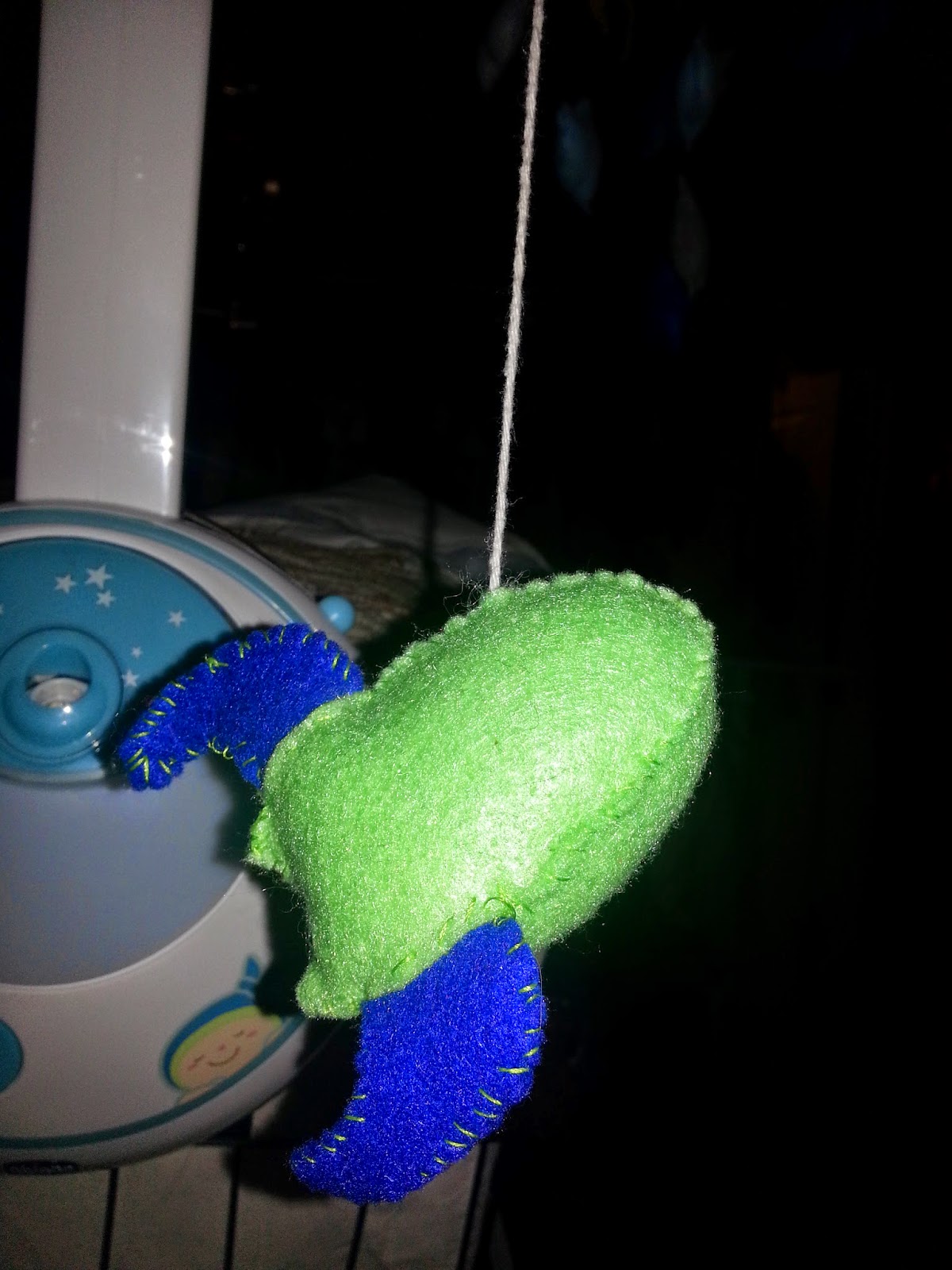 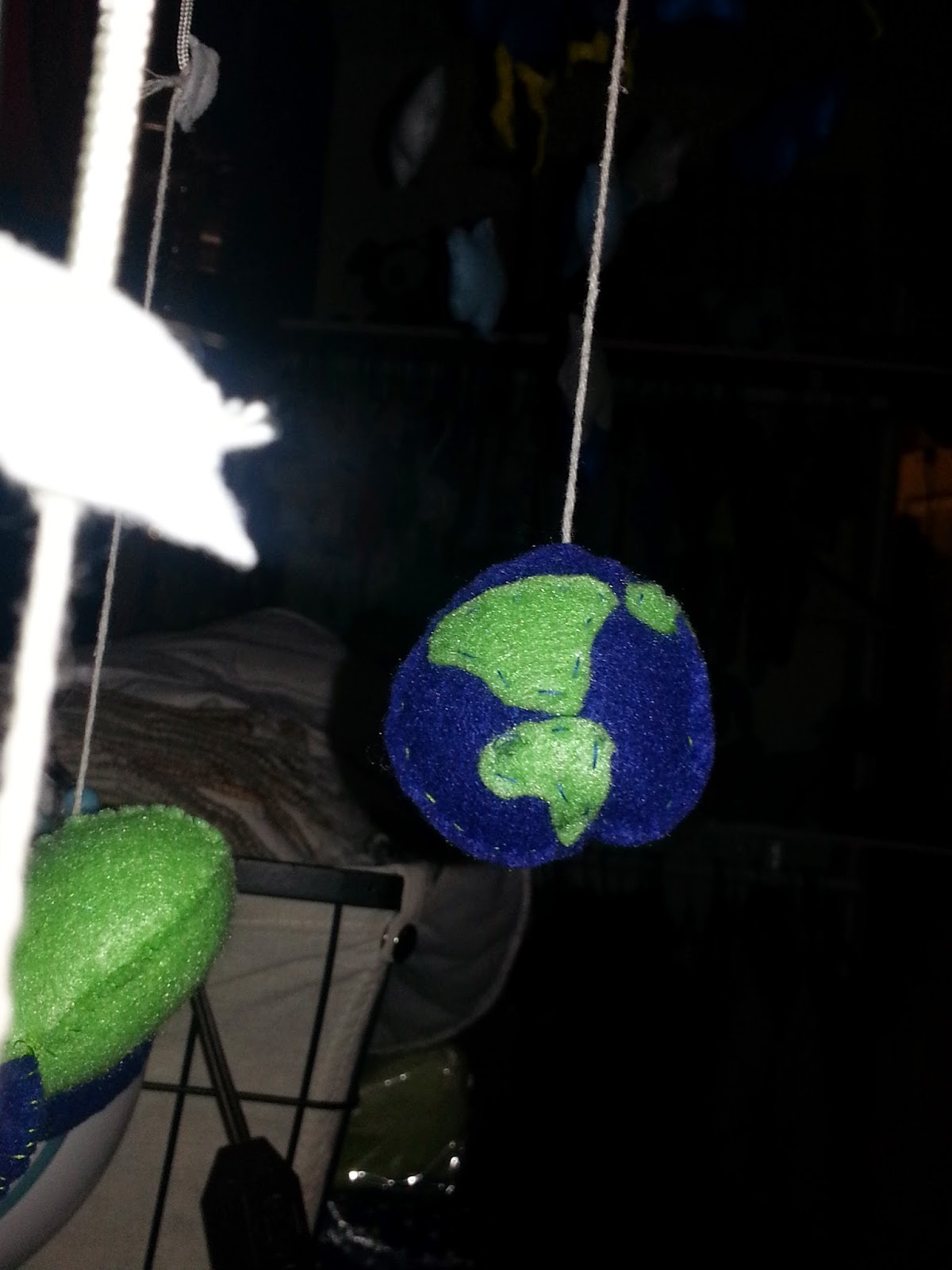 Posted by Lady Covington at 9:15 PM