What I've Been Up To: Nursery Projects: Plush Robot!

I wasn't planning this particular project.  I had held onto a footy pajama that the dogs ate a hole in, and while I was clearing out a box of clothes that needed patching or trashing I found it. It wasn't fixable, but I decided to 'upcycle' it into a cute stuffed robot.

I have Ginny Penny's shop favorited on Etsy, so I wanted to make a robot similar to hers. I found this tutorial for a DIY plush robot, and decided to try it out. 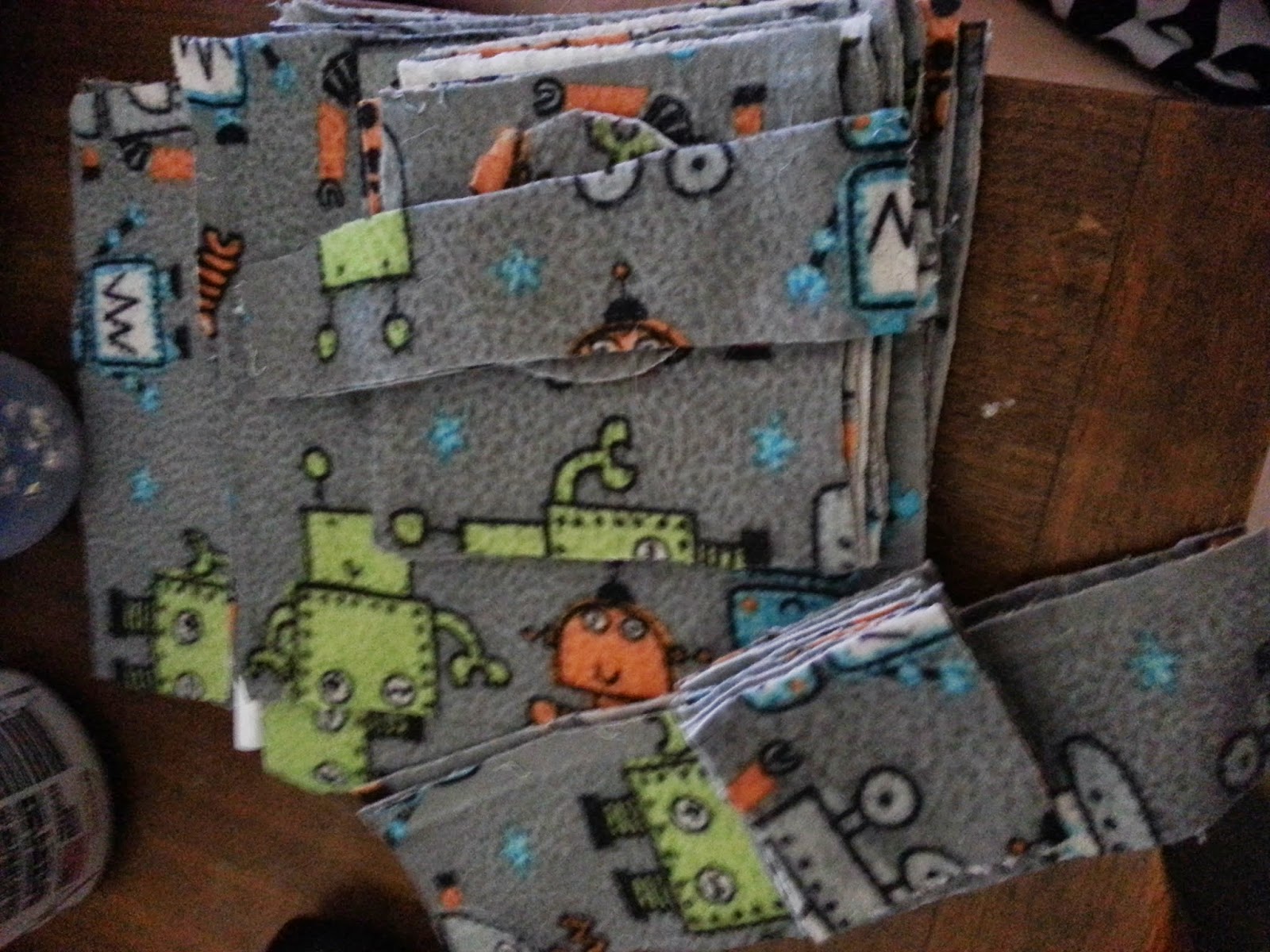 I didn't actually measure any pieces, but cut them out to approximately correct proportions to each other. 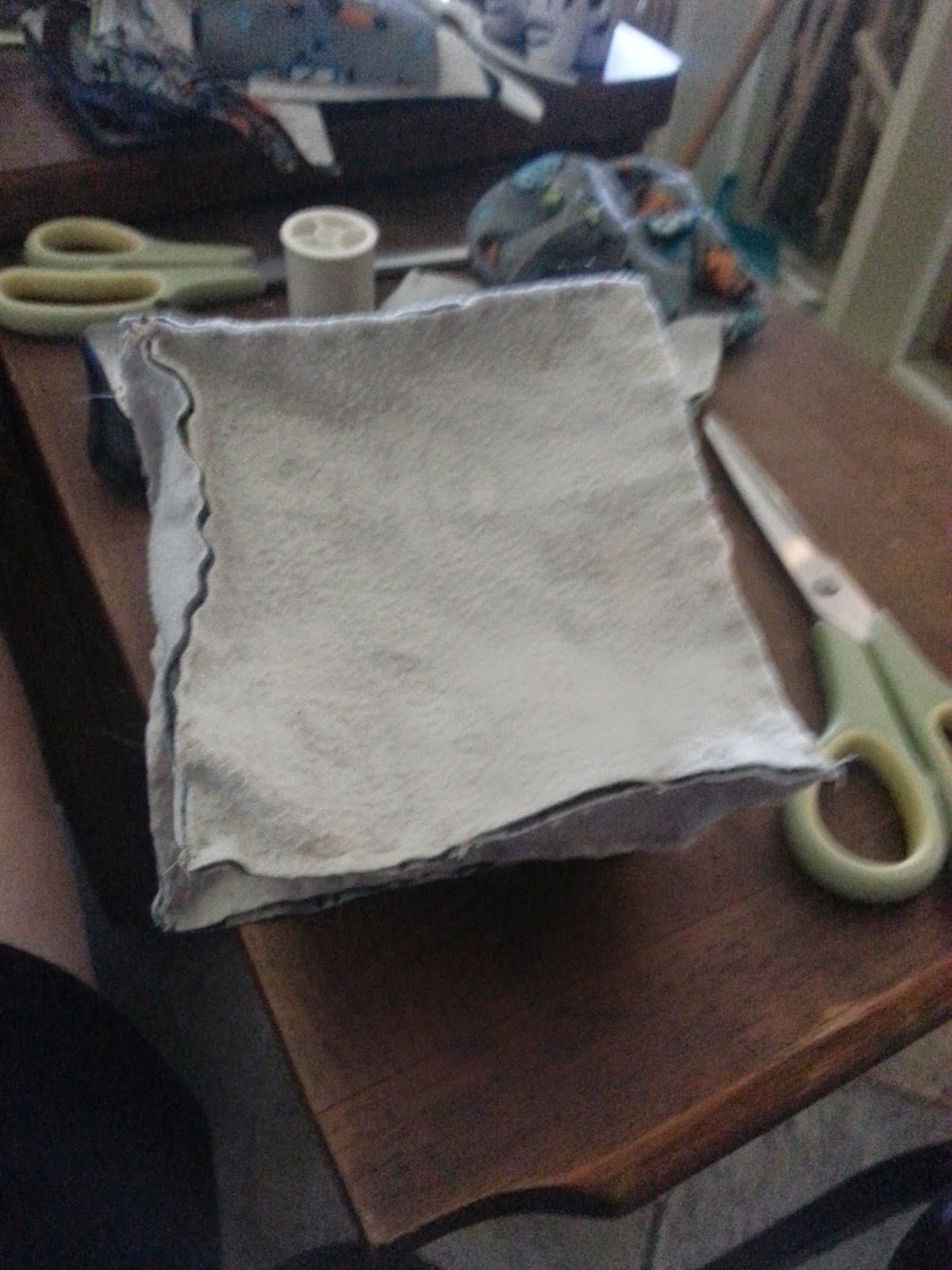 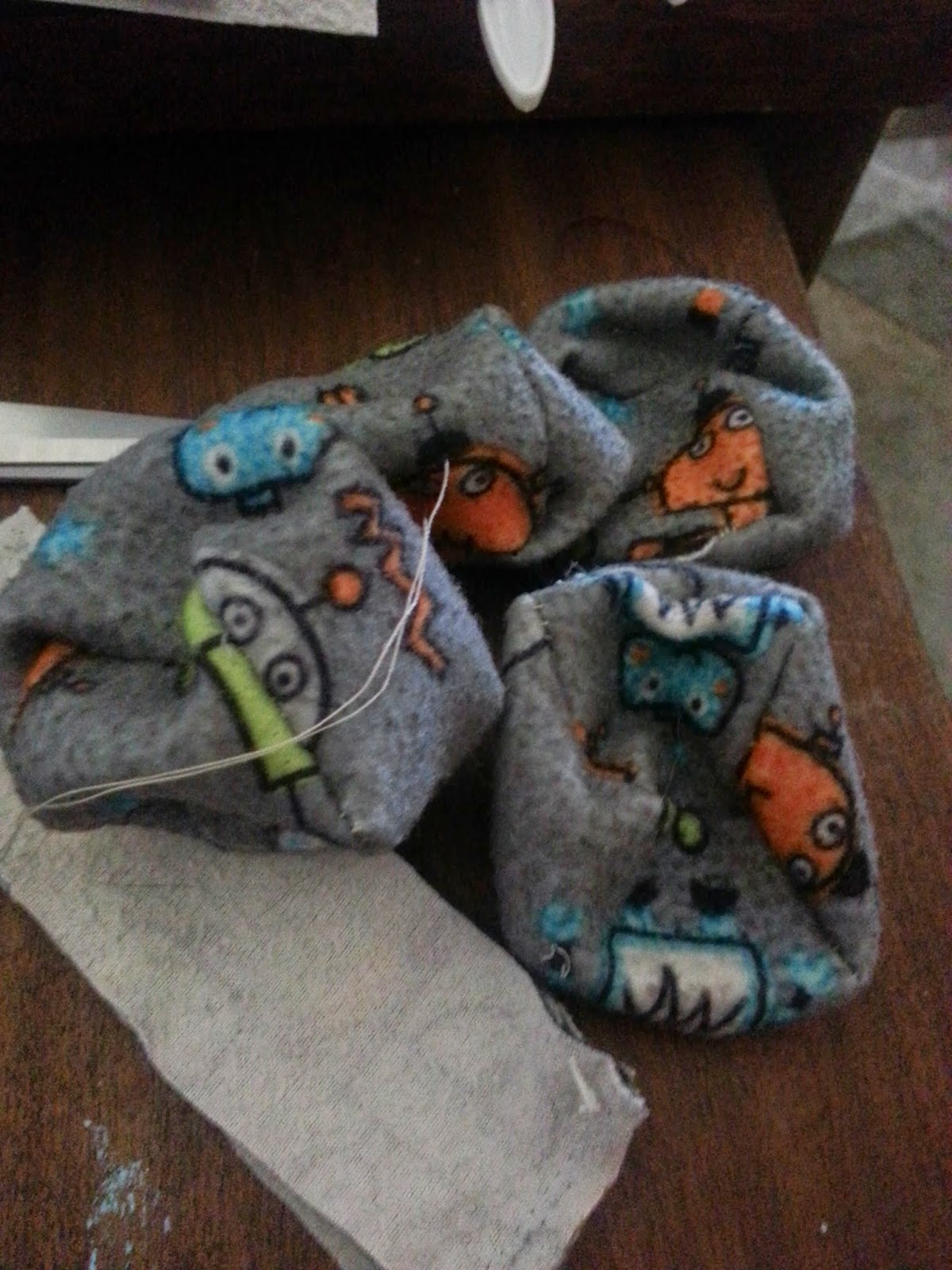 I sewed all the squares together inside out to make cubes... 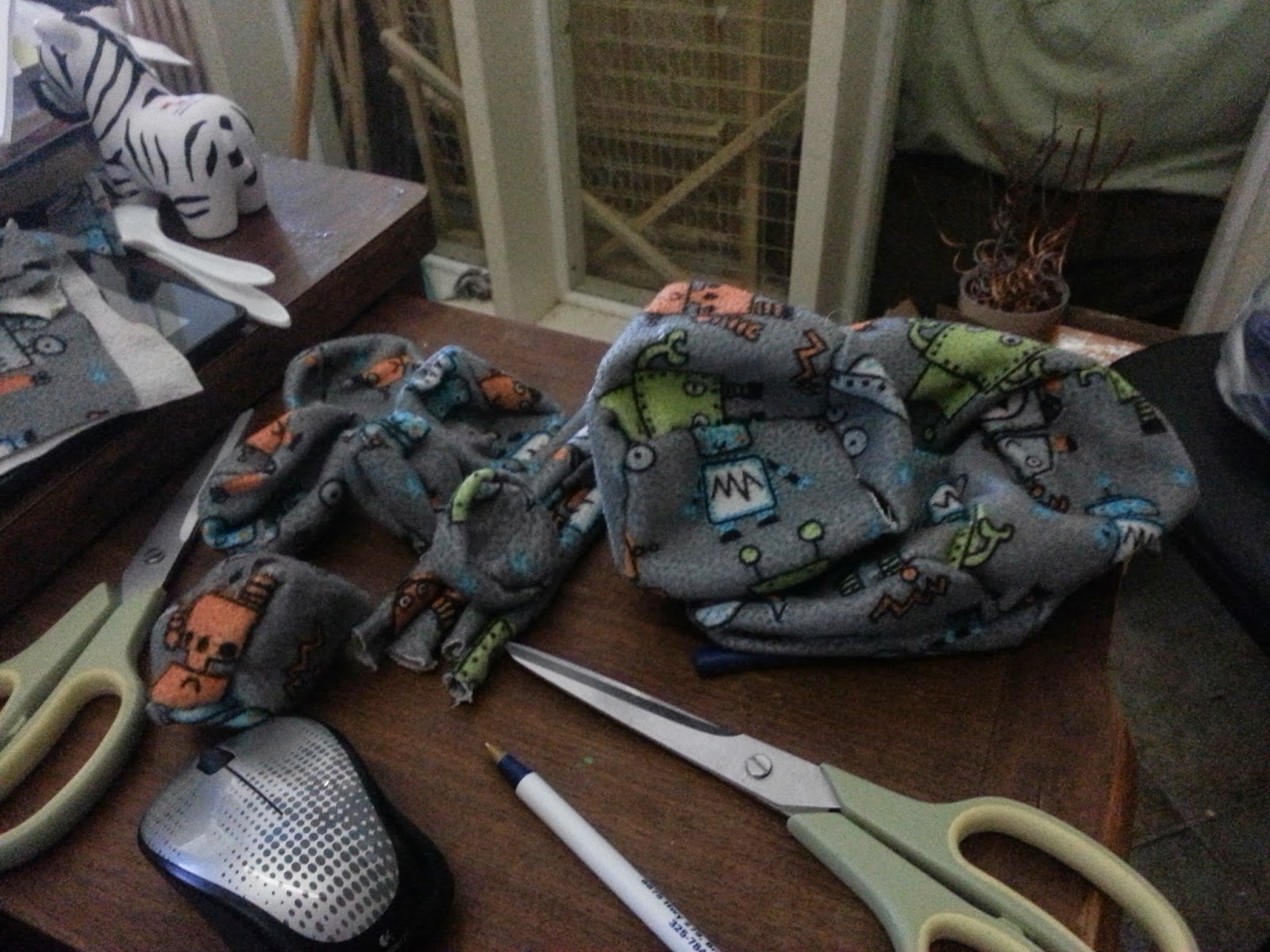 Turned all the pieces right side out.... 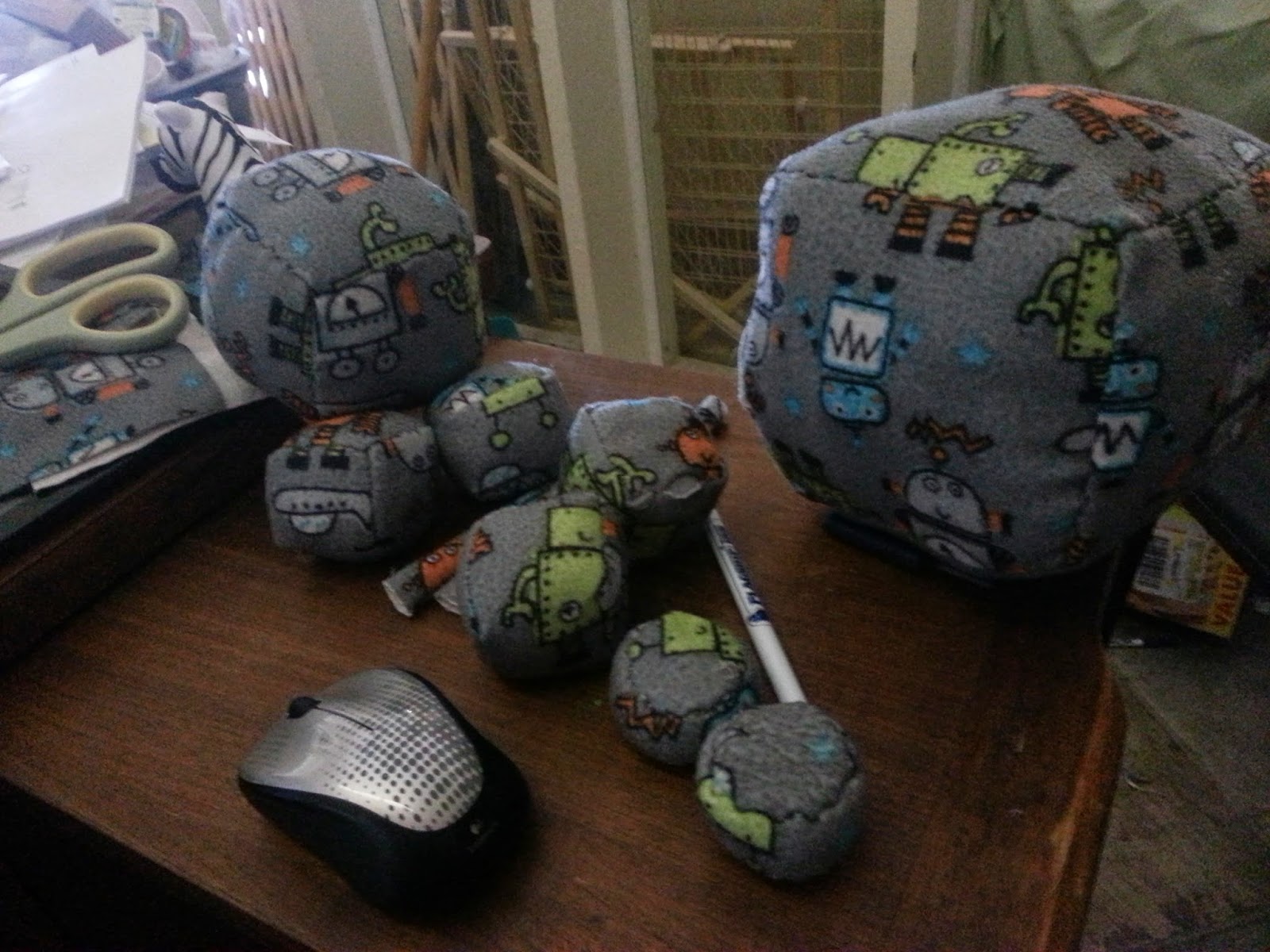 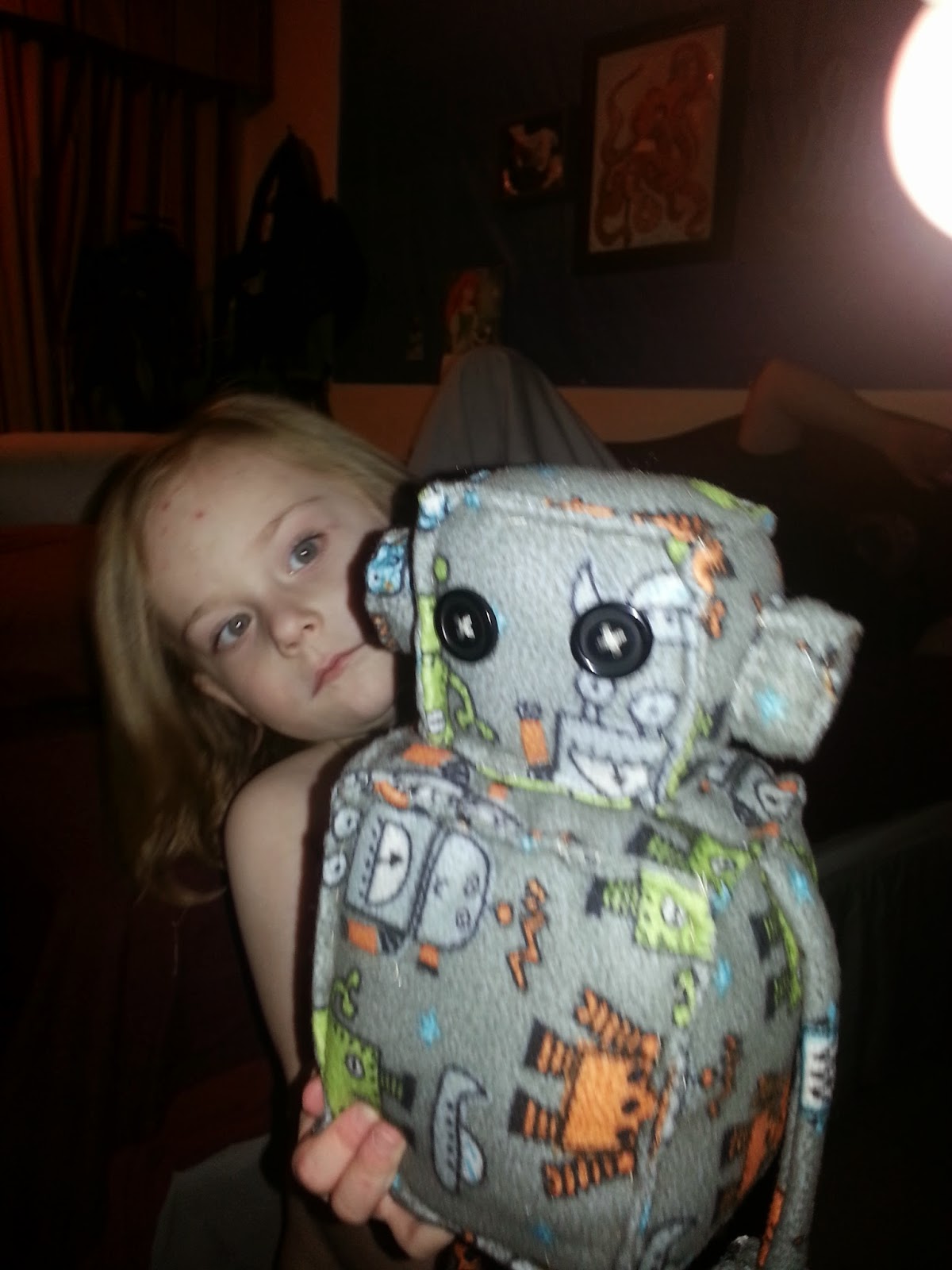 Toddles couldn't wait to play with him. I swear he's happier than he looks here. 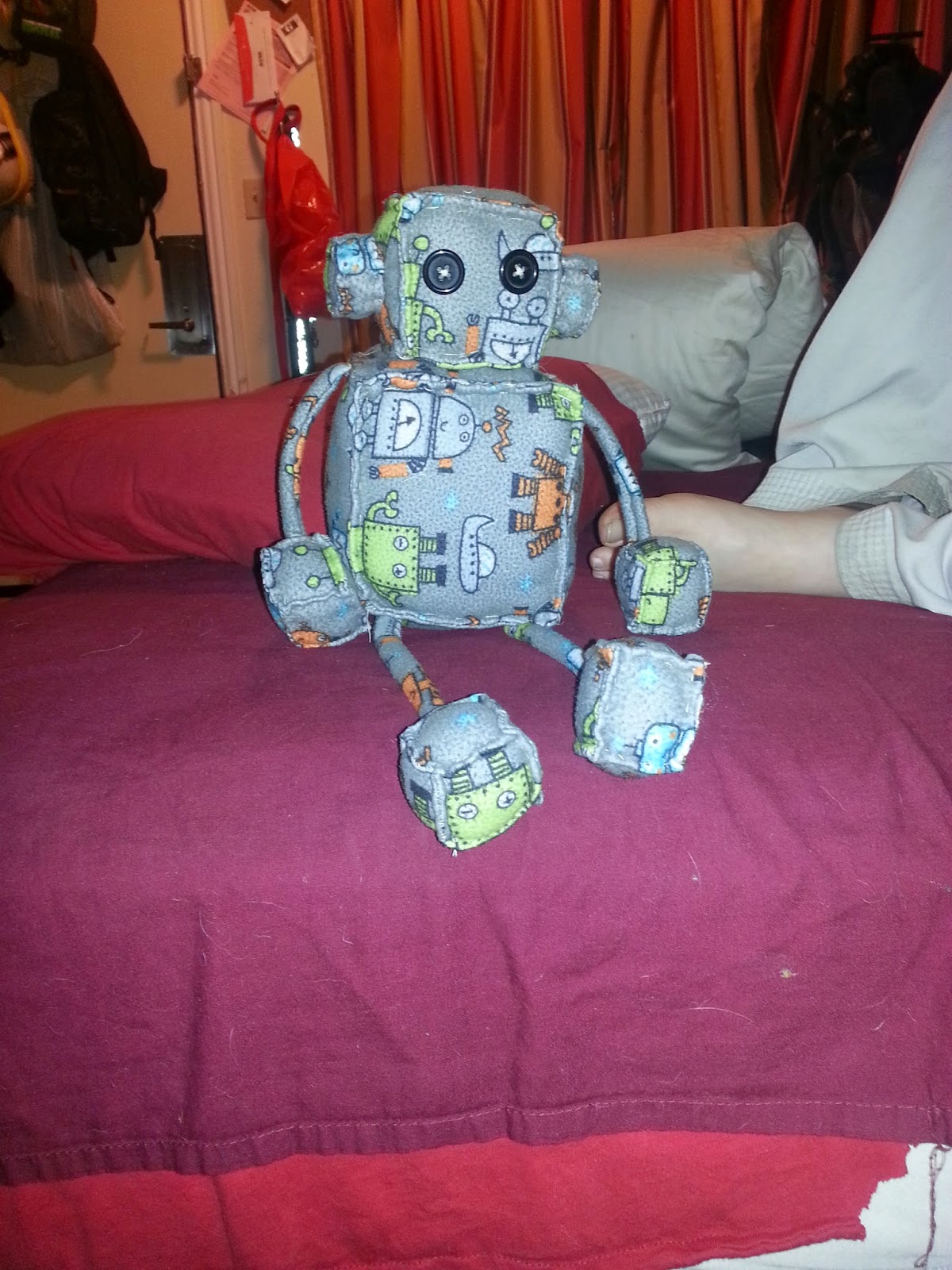 Toddles may have watched Coraline once too often. He did say the robot was the 'other robot' and 'creepy.'  It's a good thing the boy likes creepy.
The only part I don't like is the arms... they should have been much thicker so I could ruffle them a bit, but they're ok.  The eyes are slightly crooked, but I accidentally sewed them onto the back of the head first, and I was soo ready to be finished sewing! 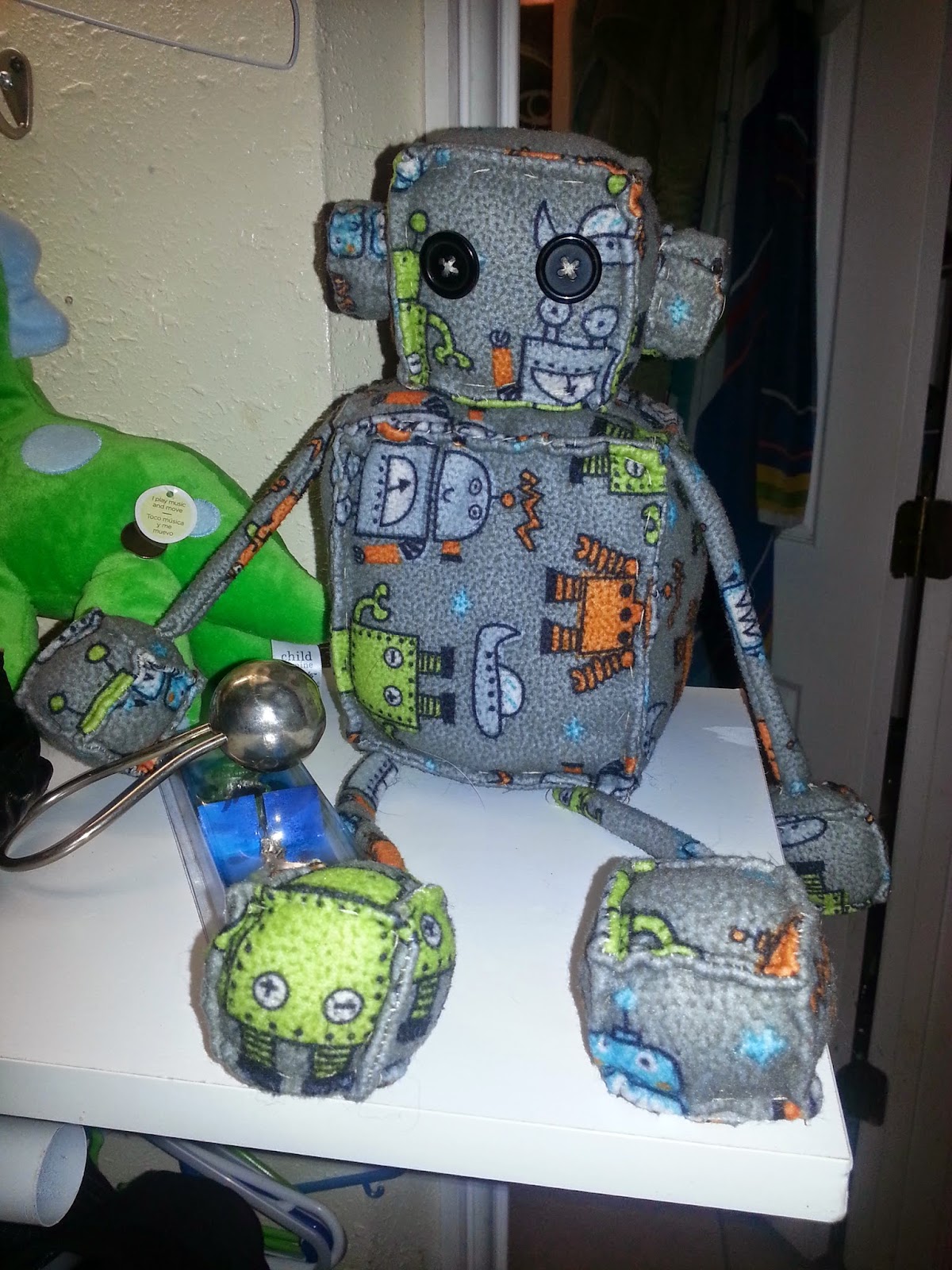 Here's the robot on his shelf, awaiting his new playmate.

Posted by Lady Covington at 6:55 PM